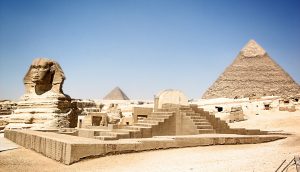 Ever been to Egypt? If not, this post will provide useful and important information on the country, its people and their way of life. From how to interact and behave around the locals to tips on how to stay healthy during your visit, we’ve got you covered!

Should I Get Vaccinated When Travelling to Egypt?

Prior to starting your trip, you should consult your doctor with a view of identifying the vaccinations that you should get. However, as a rule, you should ensure that your Diphtheria, Hepatitis A, Rabies and Tetanus shots are up to date.

Can I Drink Tap Water While in Egypt?

Though it is safe to drink tap water in Egypt, we do not recommend it. This is because tap water is treated with high levels of chlorine that can give you stomach upsets. Instead we recommend taking bottled water which can be found in supermarkets, shops and hotels at a fair price. The water from the taps can be used for brushing teeth and bathing.

How Does Egyptian Cuisine Taste?

Egyptian cuisine has some of the best delicacies in the world. Here, you are likely to find succulent meats, fish and various types of vegetables. However, to avoid getting an upset stomach which can ruin your holiday, you should take some precautions when ordering meals. Due to the high level of chlorination of water, you should avoid partaking in salads unless they are being served on cruises, in hotels or high-end restaurants. You should also choose foods that are hot as they are more likely to be properly cooked. Foods that look as if they have been left to go cold should be avoided.

Is Negotiating on Prices Common?

In the bazaars (shops) of Egypt, haggling and bargaining is a critical part of the shopping process. Sellers often inflate the price of goods so that after negotiating, a final selling price that is agreeable to both parties is identified. The secret to getting a good bargain is creating a budget in your mind and then starting low until a favourable price is reached.

What Should I Buy While in Egypt?

You would not be too far off the mark by comparing Egypt to the fabled Aladdin’s cave. This is because of the abundance of versatile items on sale. You can choose to shop in famous malls such as the Khan Al-Khalili bazaar in Cairo or in one of the many Souks in one of the towns. Some of the most popular purchases you can make include sheesha pipes that have been crafted by hand, backgammon boards, designer swimwear, cotton shirts, leatherwear, brass wear, mosaic mirrors and lamps, Egyptian cotton sheets, Pharaonic era replicas made from alabaster and marble, and not forgetting original papyrus.

What Cultural Behaviours and Etiquette Should I Keep in Mind?

Both men and women should pay special attention to their dress code when travelling to Egypt. To keep in line with the traditions of Egyptian locals, men should keep their shoulders covered and also wear trousers. Though most people forget, it is only appropriate to wear shorts while lounging in beach areas. If by any chance there is a planned visit to a mosque on the itinerary, the whole body should be covered. Women also have to wear a headscarf before entering the mosque. As a rule, all people should also remove their shoes before entering the holy place of worship.

Can I Take the Whole Family for a Trip to Egypt?

Yes! Egypt is blessed with many fascinating tourist sites that have a lot of historical bearing. The impressive workmanship shown by the ancient Egyptians is bound to awe any person no matter their age.

Experiencing other cultures can broaden the imagination of a person and open the mind to other possibilities. Due to the high number of holiday destinations and exciting experiences that abound within Egypt, it is highly unlikely that a trip would ever turn out to be boring.

Which Currency Do Egyptians Use?

Egyptians use the Egyptian Pound abbreviated as LE. An Egyptian pound is usually divided into 100 piastres. Egyptian currency comes in the denominations of 5, 10, 50, 100 and 200 bank notes.

What Is the Cost of Goods and Services in Egypt?

In Egypt, you can expect to get value for money spent. This holiday destination is highly price-competitive. In 2015, it was ranked as the second cheapest country in the world for international visitors when taxes, hotel rates and purchasing power ratios were taken into account. Buying meals and beverages in high-end restaurants can however be pricier compared to eating in mid-range restaurants. At a local restaurant, you can pay £8 for a highly satisfactorily meal while at an upmarket dining area, you may need to fork out at least £24.